Here at Terrible Toyshop, we’re passionate about nipple stimulation. While our 3D printing process doesn’t allow us to create a vacuum seal, we offer a few products to fill that important gap!

As a company that got its start designing weird and wild nipple clamps, it stands to reason that we would love nipple play. As the name suggests, nipple (and clit) suckers create an airtight seal against the surrounding skin and draw sensitive flesh into a vacuum chamber. The sensations can range from a subtle suction to quite painful, depending on the level of suction applied. After use, these devices leave the target area engorged, extra sensitive, and at the ready for more painful exploits.

This guide provides a brief overview of our favourite vacuum-producing accessories we keep in the toy box for when the mood strikes. These toys make perfect accessories for Terrible Toyshop’s original nipple clamp designs. 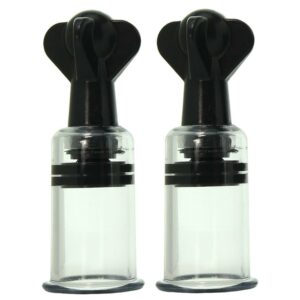 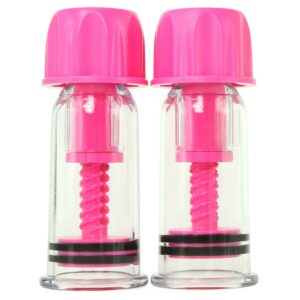 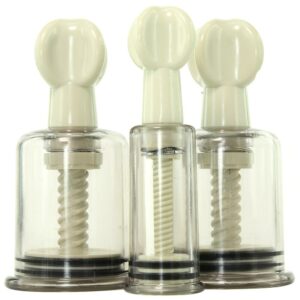 The following list summarizes our favourite features of each of the nipple suckers that we offer. Click the summary to advance to the product’s full section in this post. 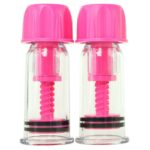 Pretty In Pink
Bring some suction into the bedroom at an affordable price. These toys are available in black and a show-stopping hot pink to match our Terrible Toyshop colours. 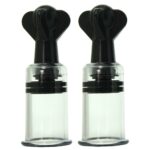 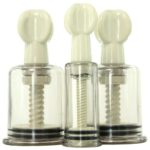 Not Just For Nipples
The name says it all! Bring a third sucker into the equation for a more thorough experience. This set also features the widest nipple suckers in our selection.
PRETTY IN PINK

Broad and sturdy, the CalExotics Nipple Twist Suckers are the most economical of the nipple suckers in our catalogue. The Twist Suckers provide a strong suction and intense pull. Compared to the Fetish Fantasy Super Suckers, this product has a slightly shorter range of motion, but they make up for it with a wider chamber.

The thing we love most about the Nipple Twist Suckers is that they offer a rock solid, reliable nipple sucker in a shade of pink that goes with our own Terrible Toyshop products. If you’re into consistent aesthetics (and our intel suggests most of our customers are…), this is a great option to keep your toy bag colour coordinated.

The only drawback we’ve found with these suckers is that the knobs used to control the suction don’t have quite as much texture as we might like. The knobs can be hard to grip if you happen to go overboard with lube. That said, the chamber on nipple suckers is typically the most difficult part to grip, so this isn’t a dealbreaker for us at all.

Overall, these suckers are our personal favourite for overall value, mainly due to colours and ease of use. Wholly constructed with low-maintenance ABS plastic, the Nipple Twist Suckers are easy to take apart for cleaning and drying. 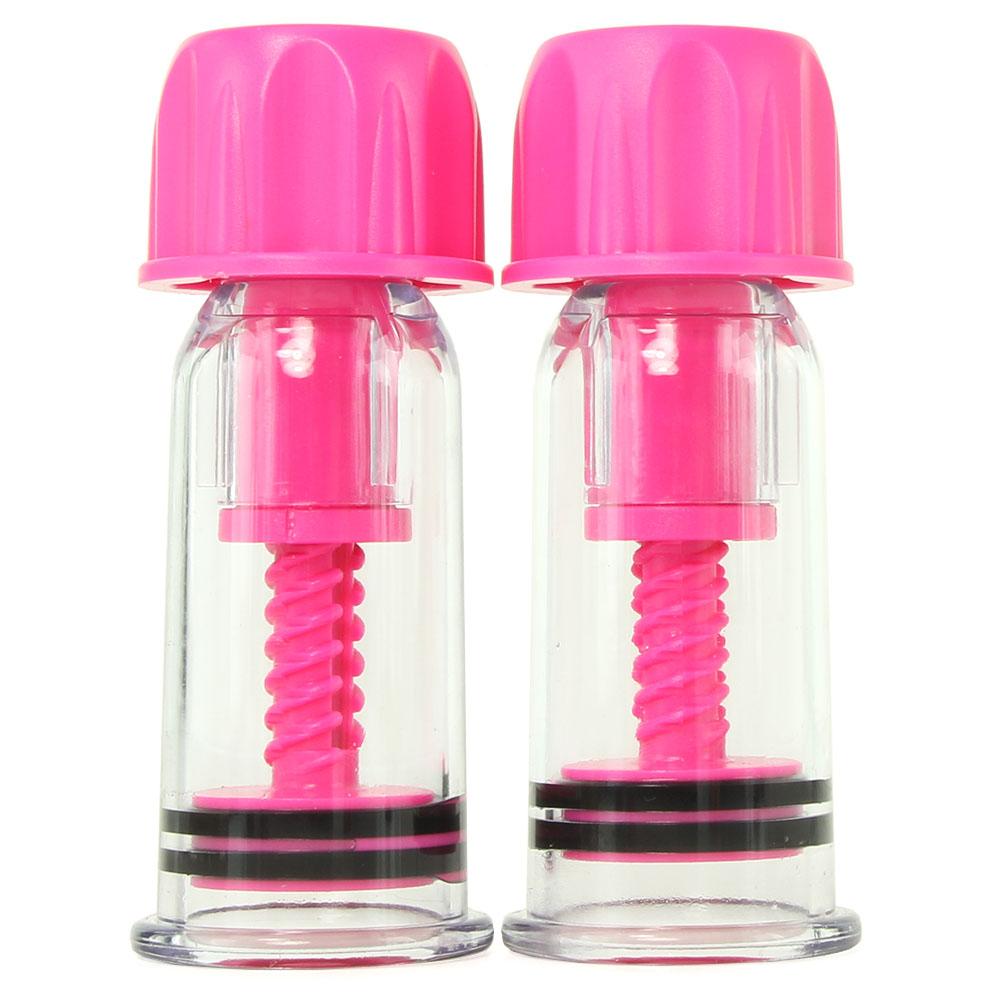 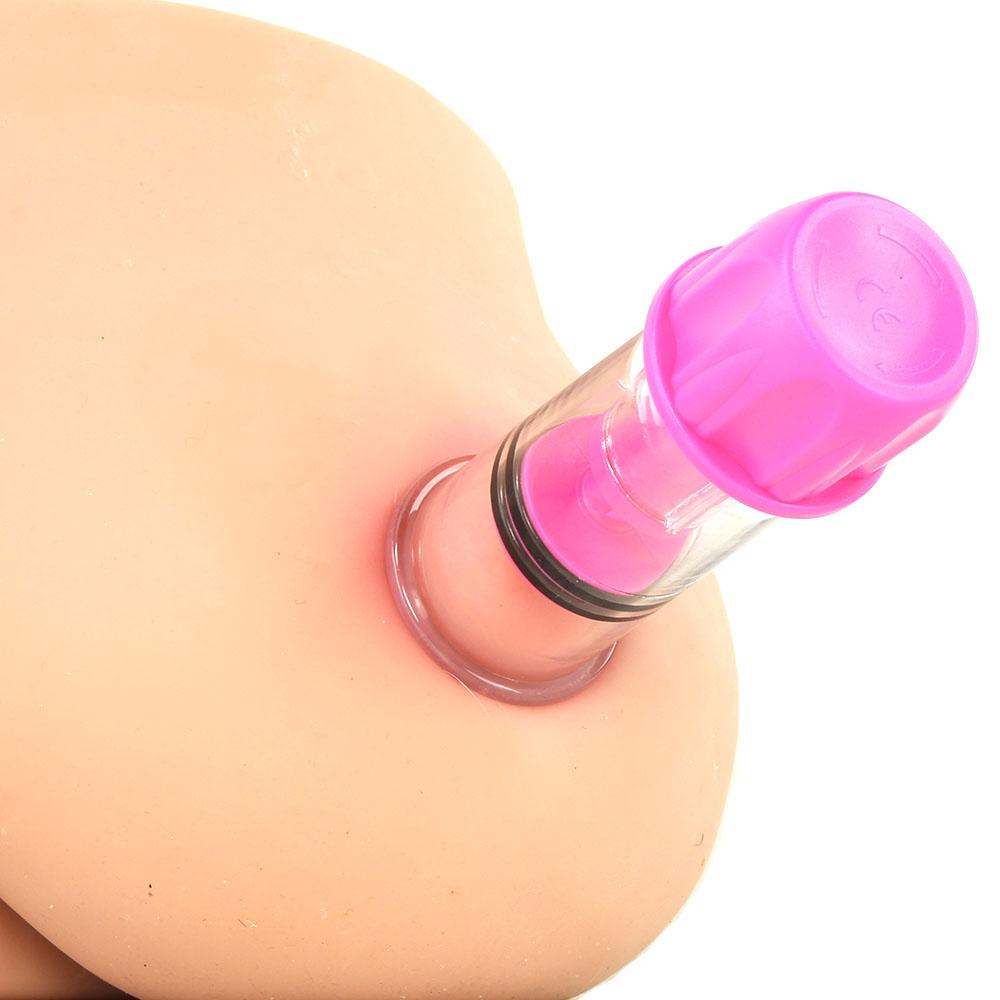 At a slightly higher price point than the CalExotics Nipple Twist Suckers, the Fetish Fantasy Super Suckers are a great choice for smaller nipples. These suckers are a little bit lighter, as well. Combined with the narrower form factor, these suckers give a perkier appearance. As an added bonus, narrower chambers can produce more painful sensations than the wider alternatives.

In our opinion, the best features of the Super Suckers are their relatively narrow vacuum chambers and the X-shaped knobs. The narrow profile of these suckers work great on smaller areola and are just the right size for use as a clit sucker as well. The X-shaped knobs provide a secure grip and we prefer the lighter visual effect of these knobs to the somewhat boxy Nipple Twist Suckers.

As long-time users of this product, the only issue we have with these suckers is that the knobs are secured in the chambers with small metal brackets that tend to rust over time. You can delay the “ick” factor by washing and drying them carefully after use, but there is no avoiding the onset of rust over time. This is, however, a cosmetic complaint, and does not affect the functionality of the product – we’ve never seen the brackets fail.

All said, we love the Super Suckers best of all – though the price is a bit higher, and the rust isn’t the most aesthetically pleasing look, the slimmer profile of these suckers makes them versatile and impeccably functional. 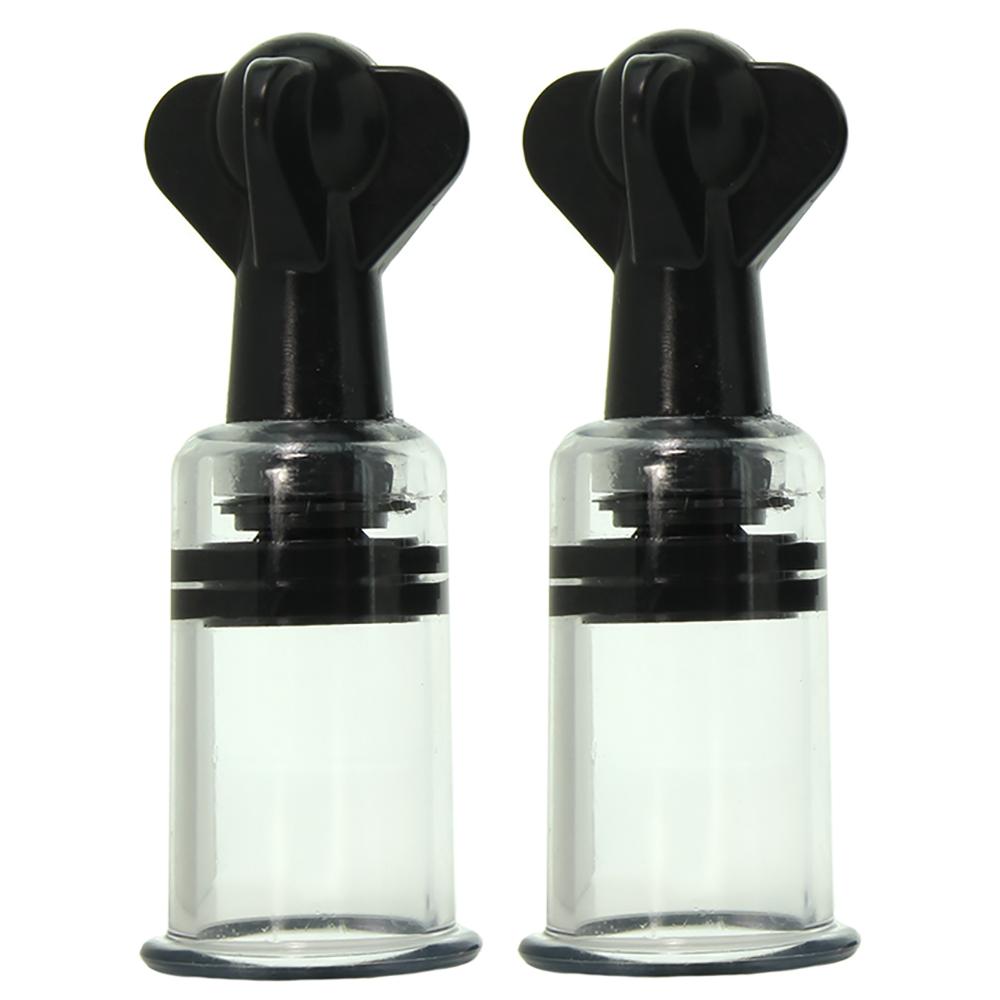 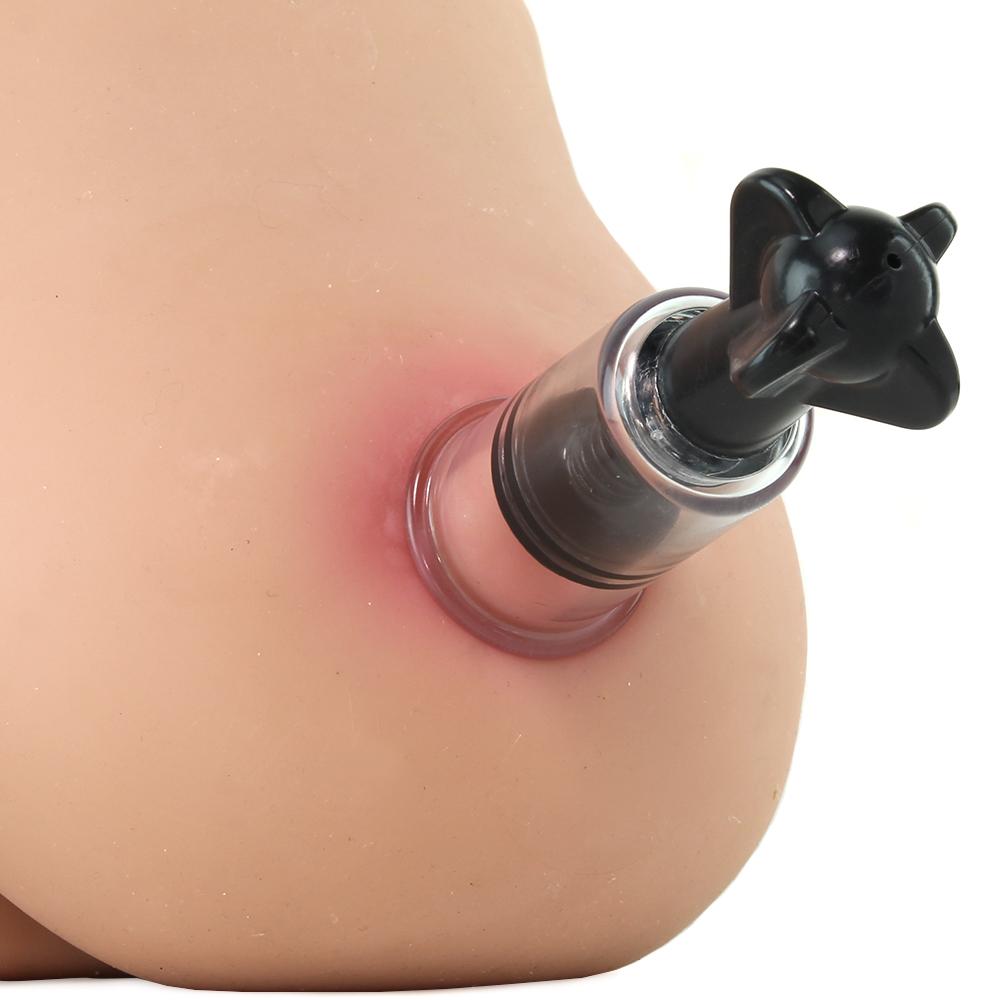 XR Brands’ Clit and Nipple Sucker Set has exactly the same features as the Super Suckers, except they offer a much wider chamber for the nipples and a narrower one for the clitoris. If you’re looking for a sucker set that covers all the bases, this product is exactly what you need!

Of the nipple suckers that we offer, the Clit and Nipple Sucker Set offers the widest chambers for nipples. If you’re purchasing for larger areola, these suckers are probably the best bet. Likewise, the dedicated clit sucker in this set is sized perfectly for the nub, and will not disappoint.

As with the Super Suckers, we don’t like the rust-prone metal bracket that holds the knob into the chamber, but this is a purely cosmetic gripe – the bracket is sealed off from the part of the chamber that interfaces with the body, and we’ve never seen the bracket fail due to rust.

Taken together, this is a great package if you want the dedicated clit sucker, and especially if you’re buying for larger nipples. Just be sure to keep them clean and dry to keep them looking their best!

All said, each of the nipple suckers that we offer will provide intense stimulation and increase the sensitivity of flesh to some of our more… painful offerings. The main differences that set each product apart are the size of chambers and overall looks.

Overall, we prefer the Super Suckers for their versatility and the more focused (and painful) sensations that  narrower chambers can deliver. However, the Nipple Twist Suckers are an obvious choice if the potential for a rusty clip is a dealbreaker, or you’re just looking for the best value option. We love the dedicated clit sucker that is included in the Clit and Nipple Sucker Set, and this product makes an extra-great choice if you’re also buying for larger nipples!

Newer Is CBT for Me?
Back to list
Older Maybe a Labia Clamp? 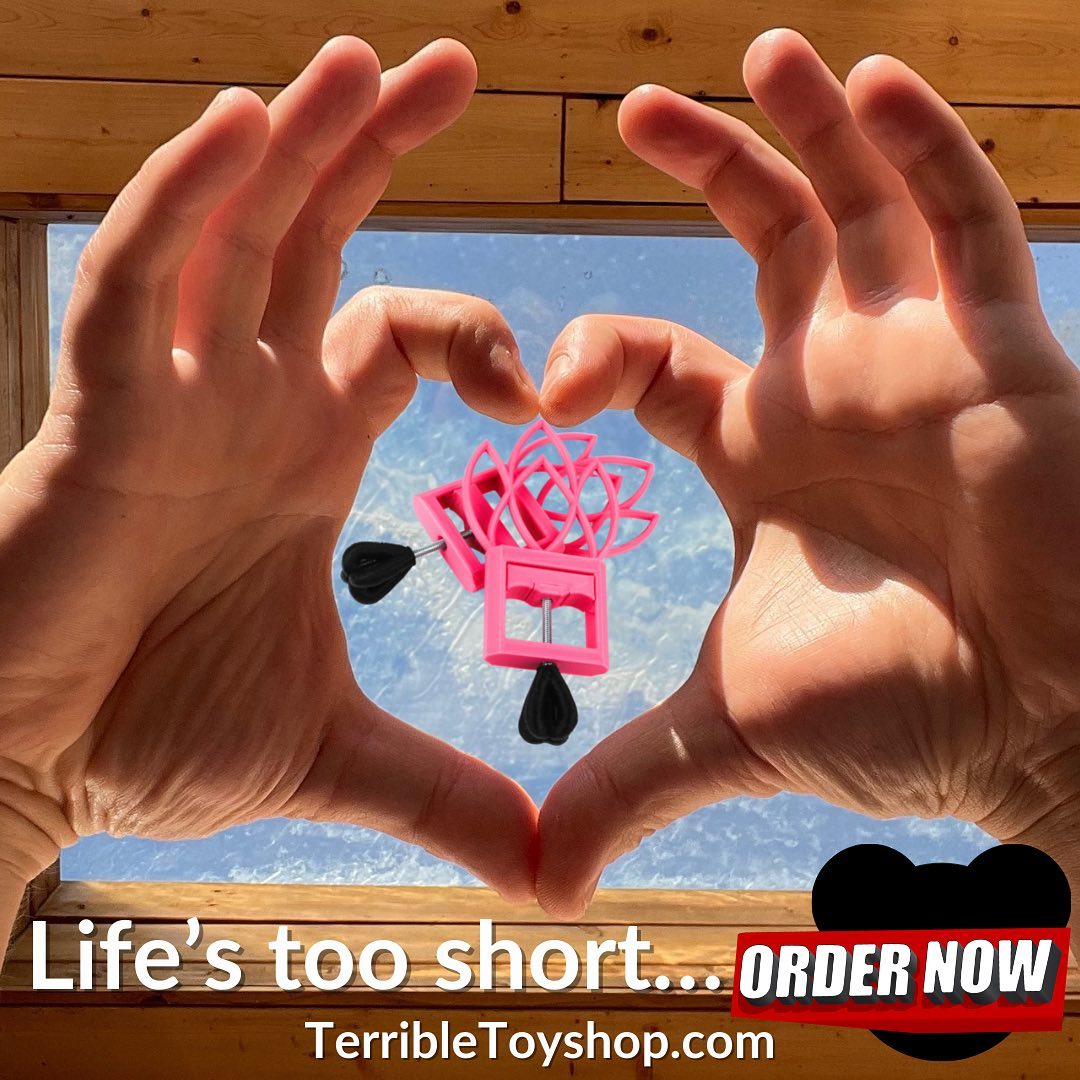 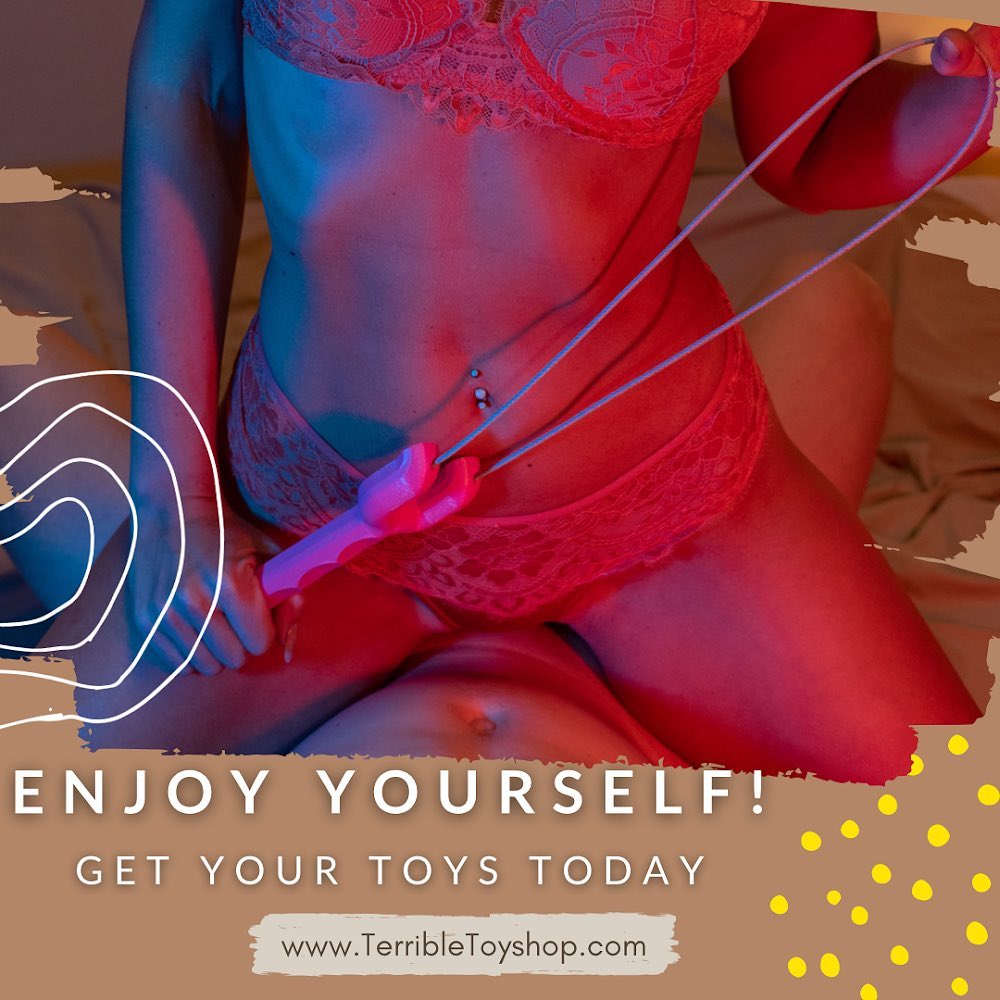 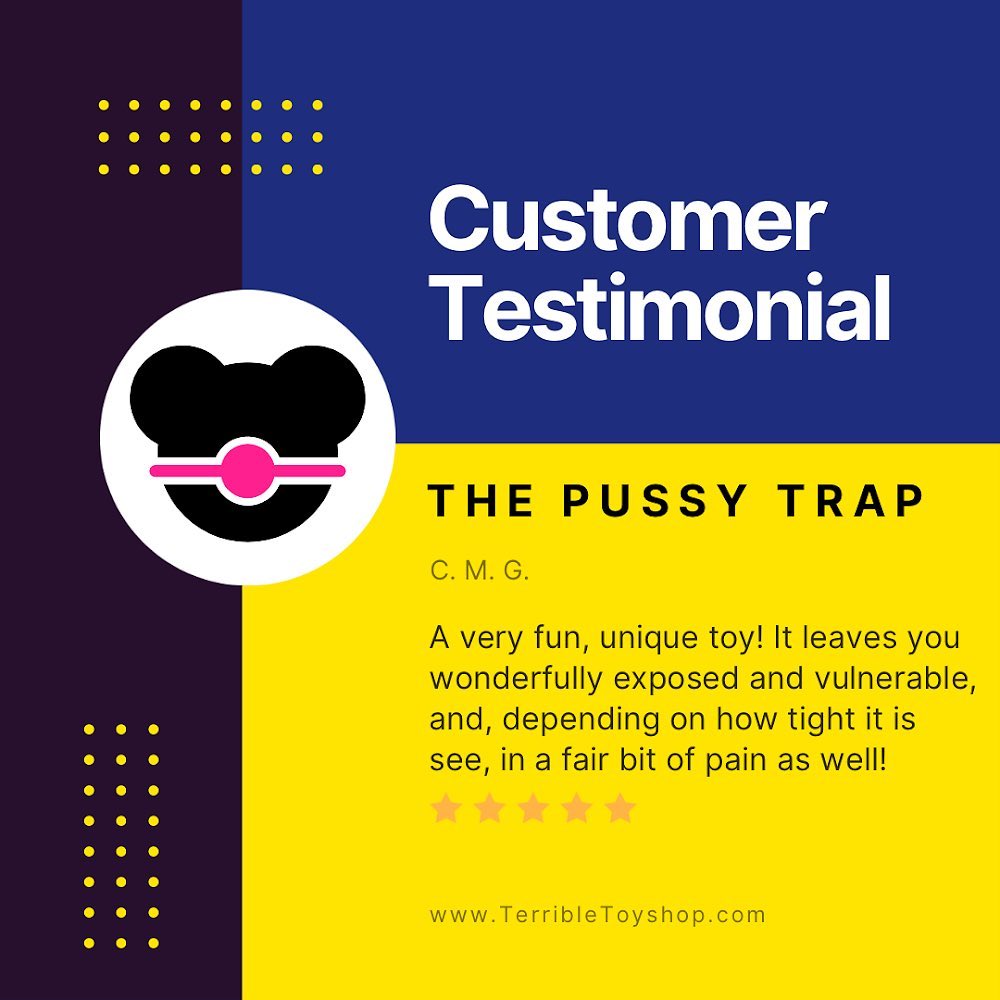 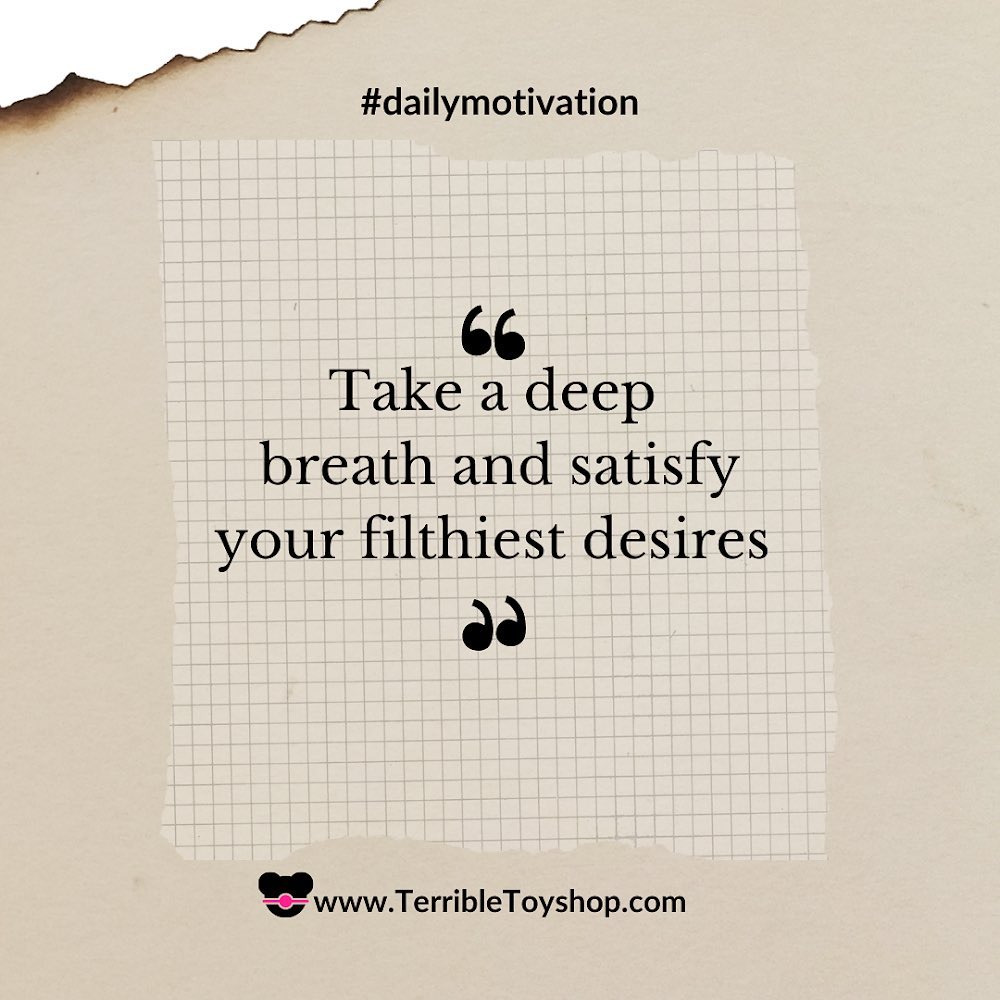 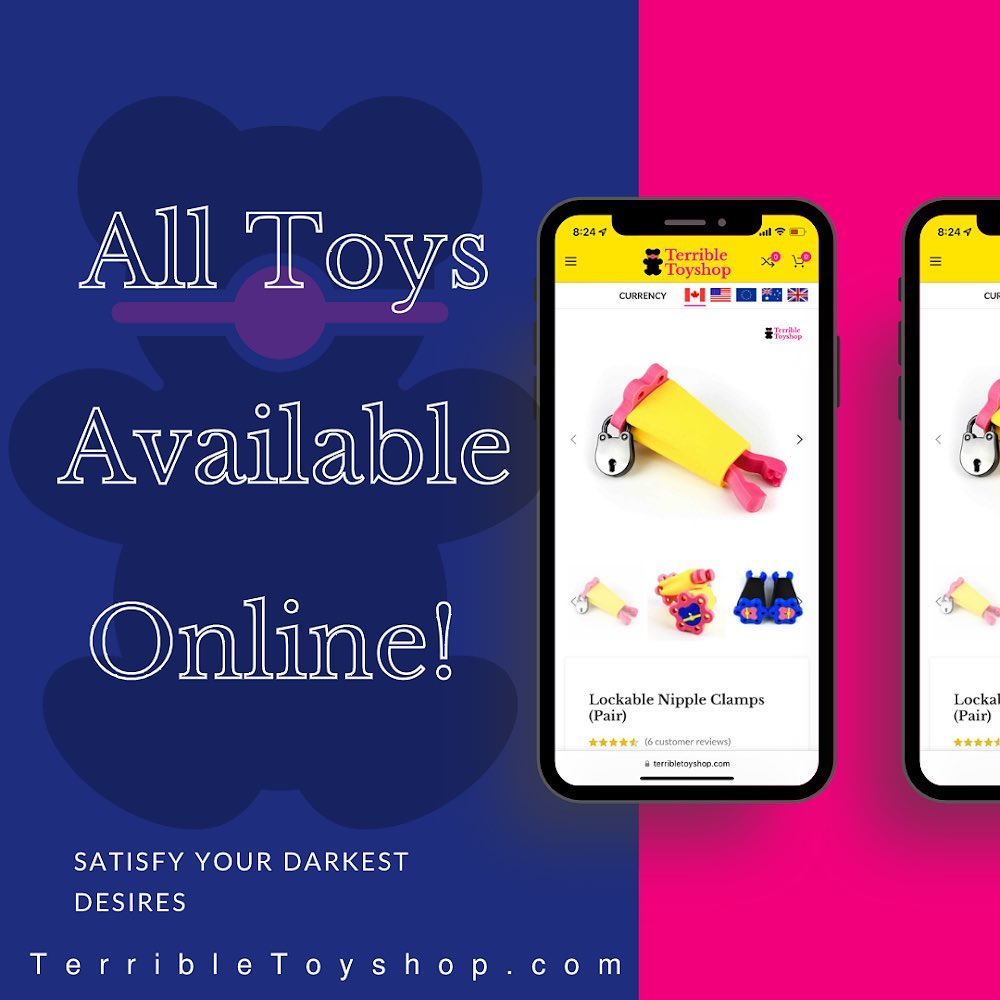 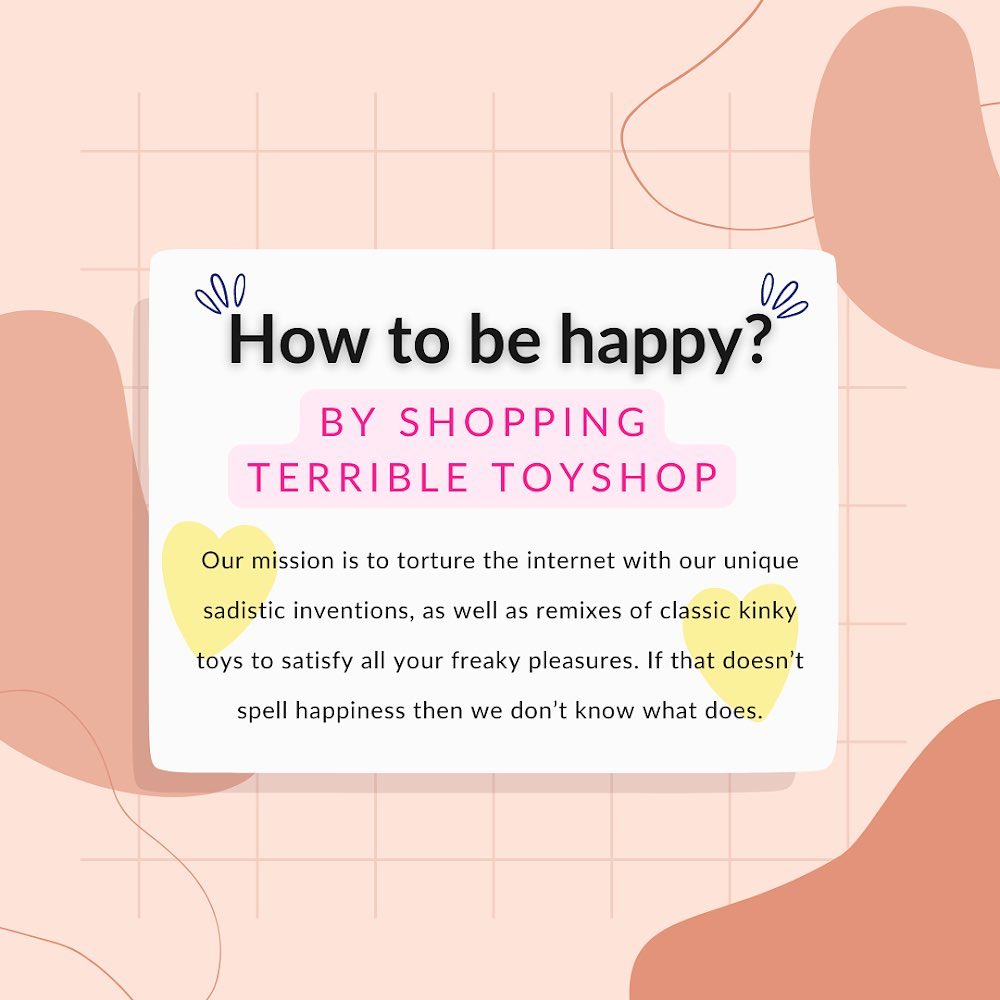 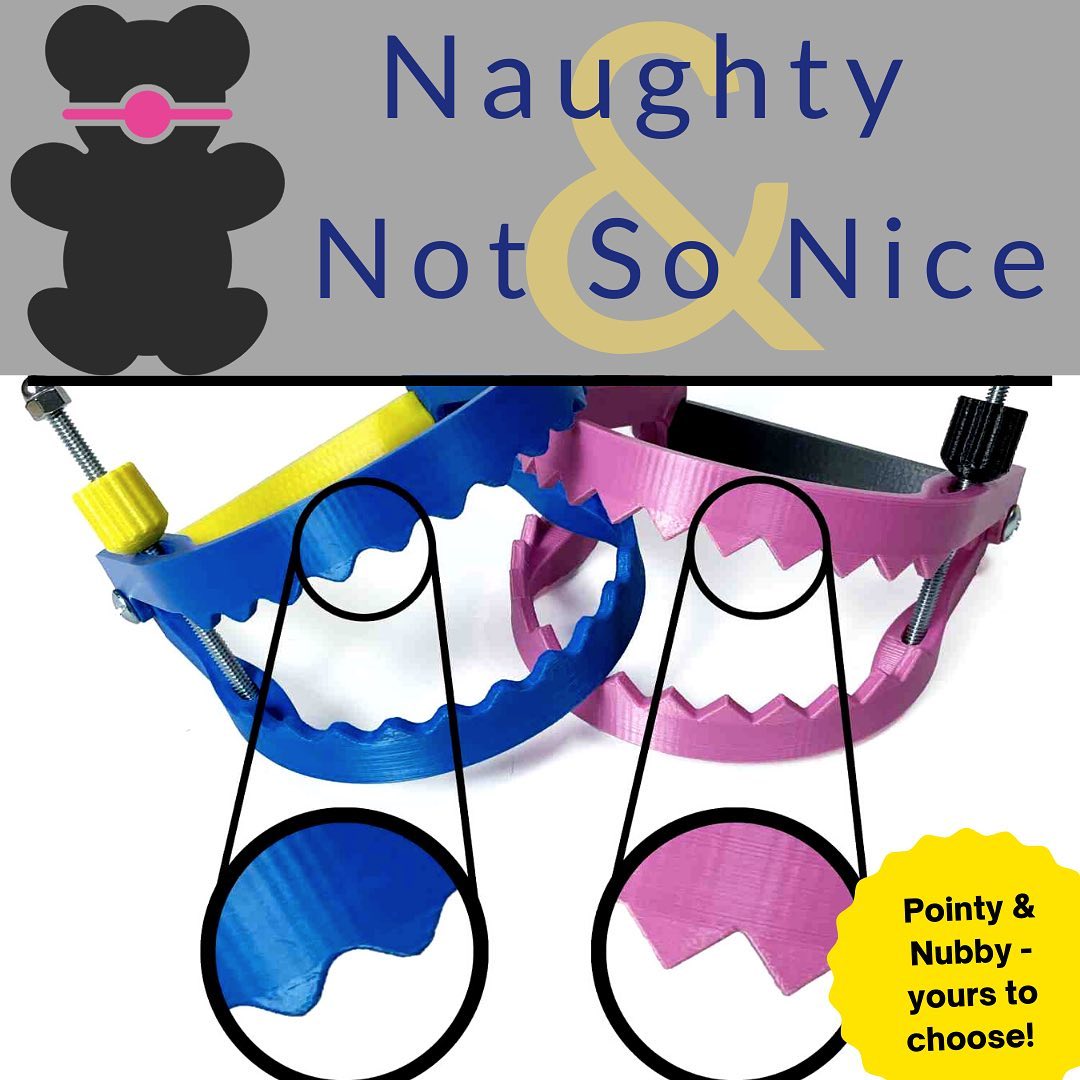 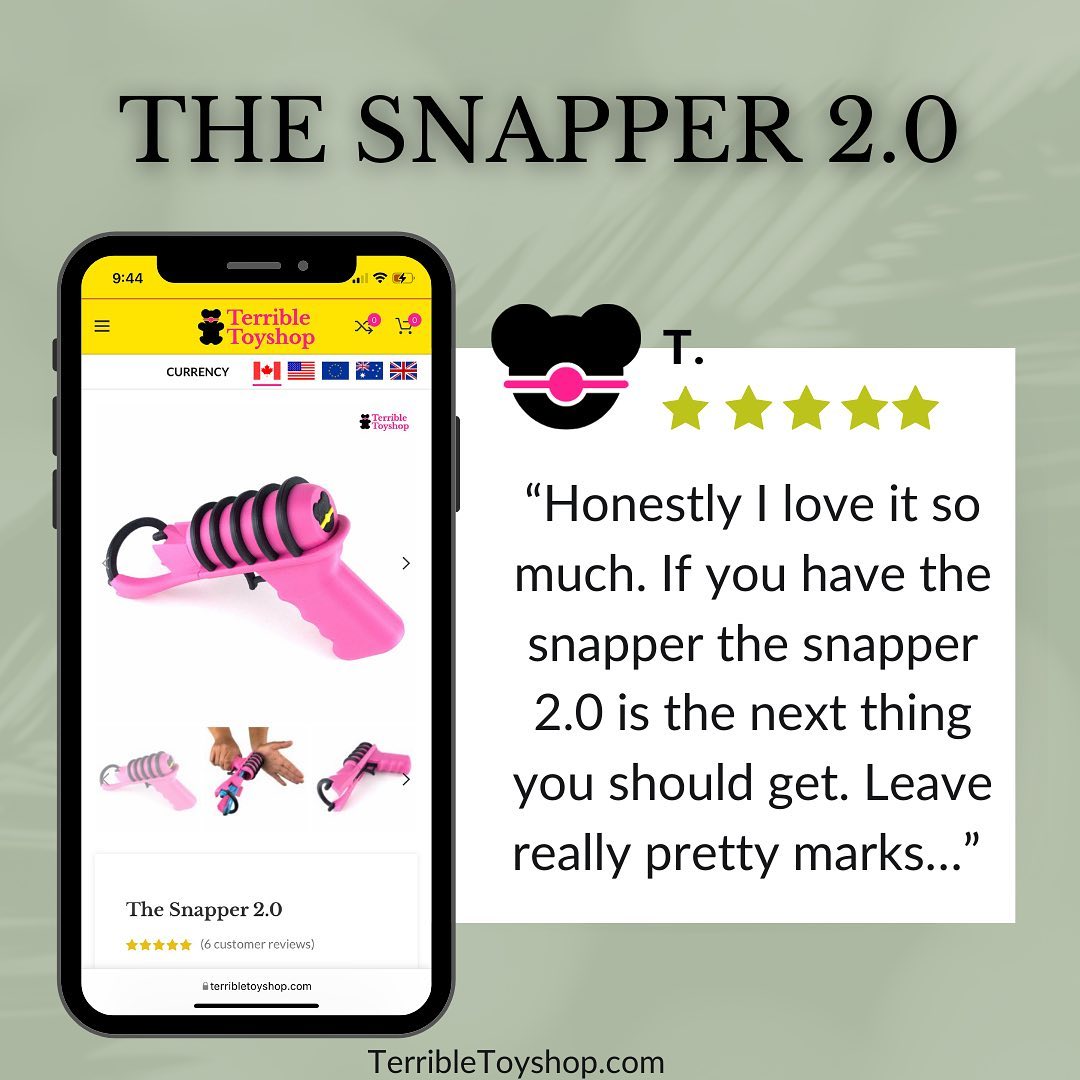