Off The Cuffs | Nipple Traps

In October 2021, Lexual Romance (of Off The Cuffs Podcast fame) published a review of the Nipple Traps.

As we established last week, the folks behind Terrible Toyshop are leading the pack when it comes to devious, inventive and downright evil toys. My last post was a review of their Para-Hell-Ograms, and this time around I have yet another set of nipple clamps: The Nipple Traps.

The Nipple Traps have a very simple design—they’re tiny bear traps for your nipples. They come in two sizes: the standard size is a little over an inch at the hinge, with a max jaw opening height slightly over a half inch. The space from the jaw opening to the screw is just over a quarter inch, meaning if your nipple protrudes more than that you may feel the screw (which isn’t a bad thing, just something to keep in mind). The XL size seems to be about four times larger, with a few minor design updates that don’t affect the sensation. These clamps are just over two inches at the hinge, and they open to a little more than an inch. The screw is set further back on the larger clamps so you’re able to grab the whole areola without issue.

As with the last set of clamps I reviewed, I have found these to be very pleasurable and unlike any nipple clamps I’ve used before. The surface area of the clamps is small and concentrated on the teeth, which gives them a sharper sensation. They also tighten with a screw, which gives you fine control over how much pressure you want to use (my favorite game is looking my top in the eyes with a straight face as they slowly tighten way past most other people’s limits, which is arguably the brattiest thing I do). I like the smaller clamps for nipple-centered pain, while the larger ones are nice for grabbing the whole shebang. They both hurt like hell, but I think the smaller ones sting just a little more than the large ones. My favorite thing to do with the larger clamps is to make them grip in such a way that my nipple is sticking out between the gap, then have additional evil things done to my nipples while the sensation is heightened. While the nipple is exposed, you can get in there with a sharp kubaton or even a bullet vibe to tease the sensitive tip.

The Nipple Traps leave large jagged marks when you remove them, which I find super hot, but might be a bit intense for some. In one scene I did with them, my top changed their orientation (chomping vertically rather than horizontally) which left me with a cool marked pattern afterwards. At that time we were also trying out the Rigger’s Delight, a piece I am very excited to share with you. That’s another cool thing about these toys—the open design means you can attach them to a variety of other toys, leading to more evil and creative scene ideas. 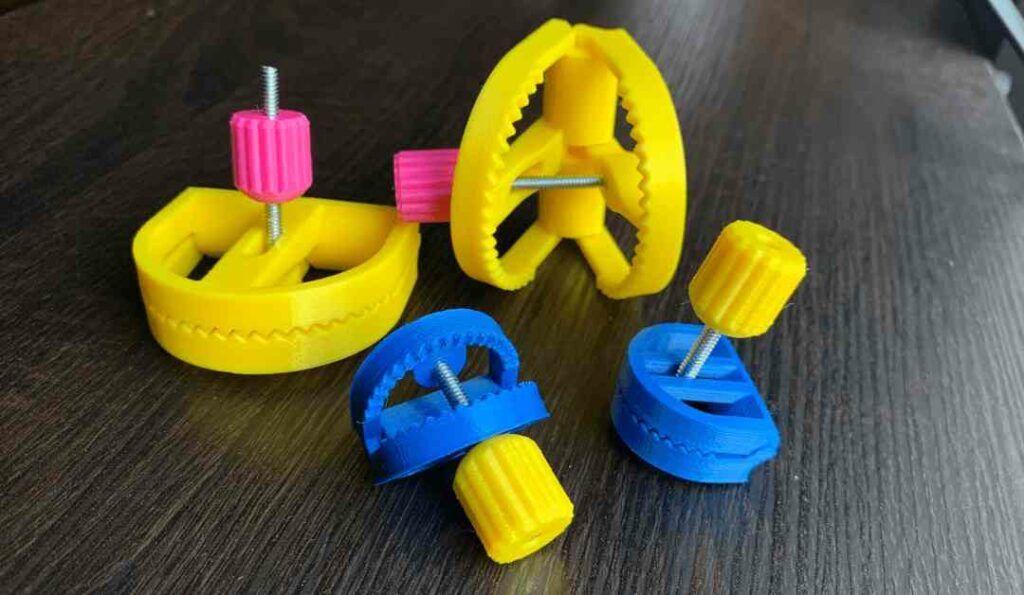 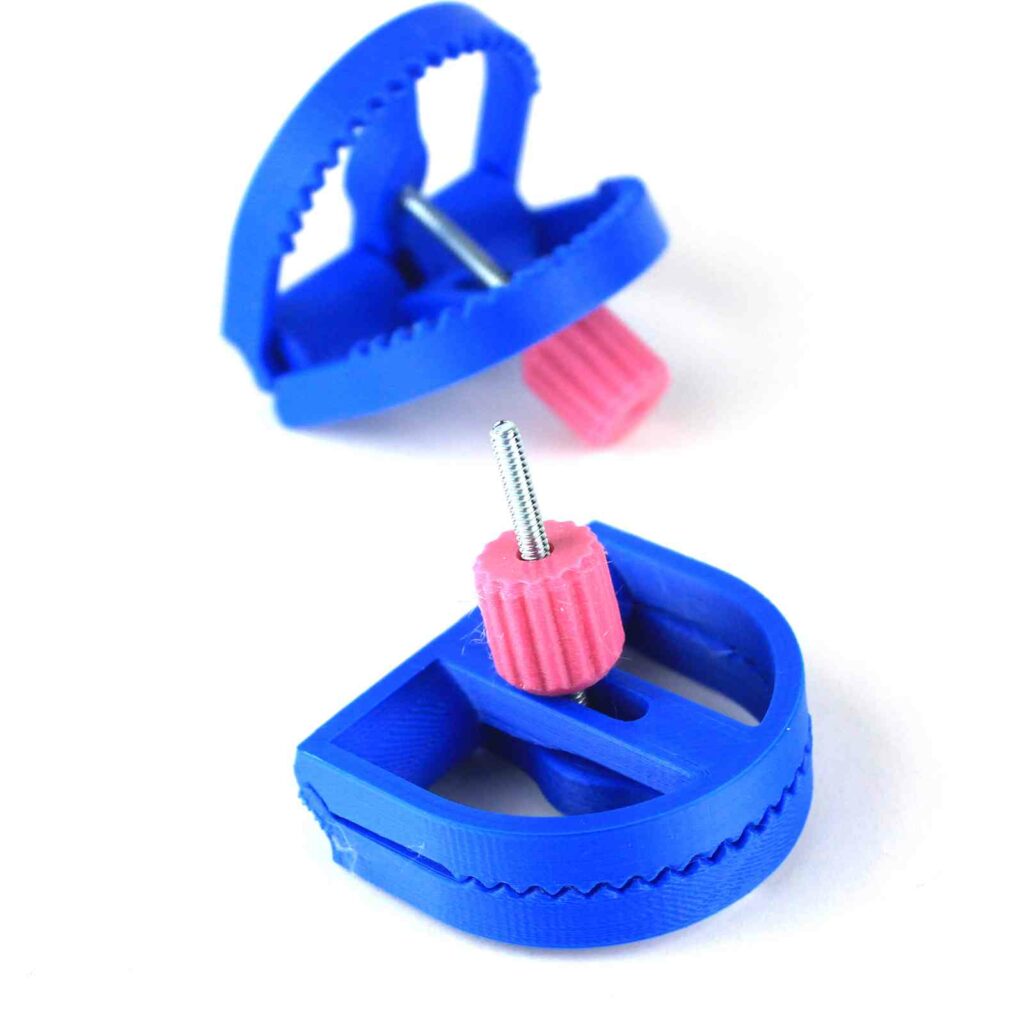 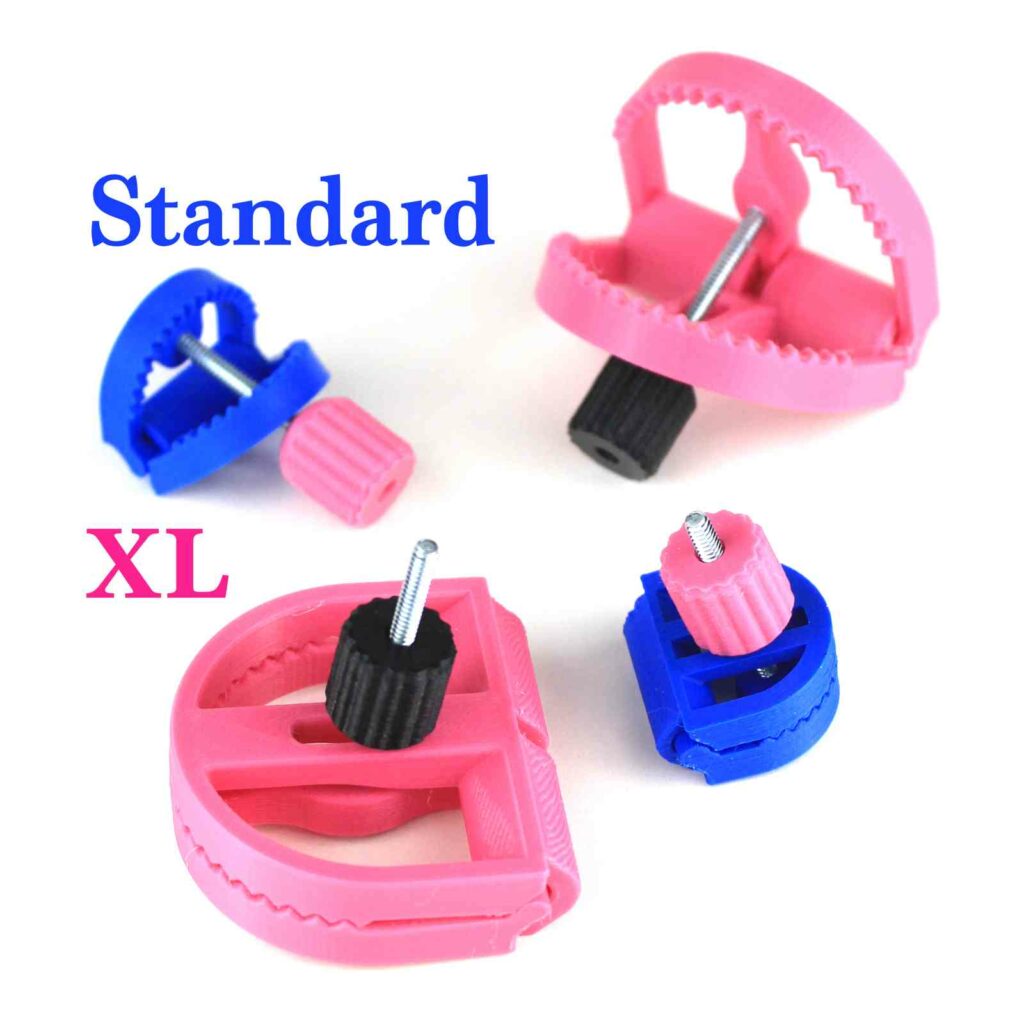