In October 2021, Gwen (of Off The Cuffs Podcast fame) published a review of the Snapper 2.0

I was lucky enough to get to try out The Snapper with my partner, and I think the most fun element of playing with it for me was the anticipation that comes before you get hit with the rubber band. My partner would hold it over my skin for a long time before pulling the trigger, and not knowing when it would hit drove me absolutely crazy.

He started off by loading the magazine with the rainbow rubber bands, and on their own, they didn’t hurt much at all. I would compare the sensation to absentmindedly snapping your wrist with an elastic hair band—you get a little stimulation, but virtually no pain. The orange latex-free rubber bands were a bit less elastic and started to move into stingy pain territory.

The fun with this toy really kicks in when you use the rubber bands in tandem with pony beads. The combination of getting hit eight times with the latex-free rubber bands and pony beads left sweet little bruises on my flesh almost instantly, and I can still see them over a week later. Once you add pony beads into the mix, The Stinger is nothing to mess around with.

A woman’s thighs with marks on them from The Snapper 2.0. The toy left red, circular welts from the pony beads, and each welt has a horizontal raised line running through it from the rubber bands.

Knowing that this toy was 3-D printed made me slightly skeptical of how the quality would be, but ultimately I’m quite impressed with it. I’ve been using it here and there for over a month, and so far nothing has gotten jammed, and none of the rubber bands in the trigger return have snapped. Even if the trigger eventually ends up not returning smoothly, there is a section in the user manual the takes you through troubleshooting how to fix it.

What I love the most about this toy is how many creative ideas it inspires. It immediately makes me come up with a list of roleplay ideas: it brings to mind alien abductions, superheroes/villains, and shrink ray/miniaturization fantasies. It makes me want to dress up as an alien and take a sexy photoset while holding it. You could even keep it loaded for spontaneous and silly punishments. 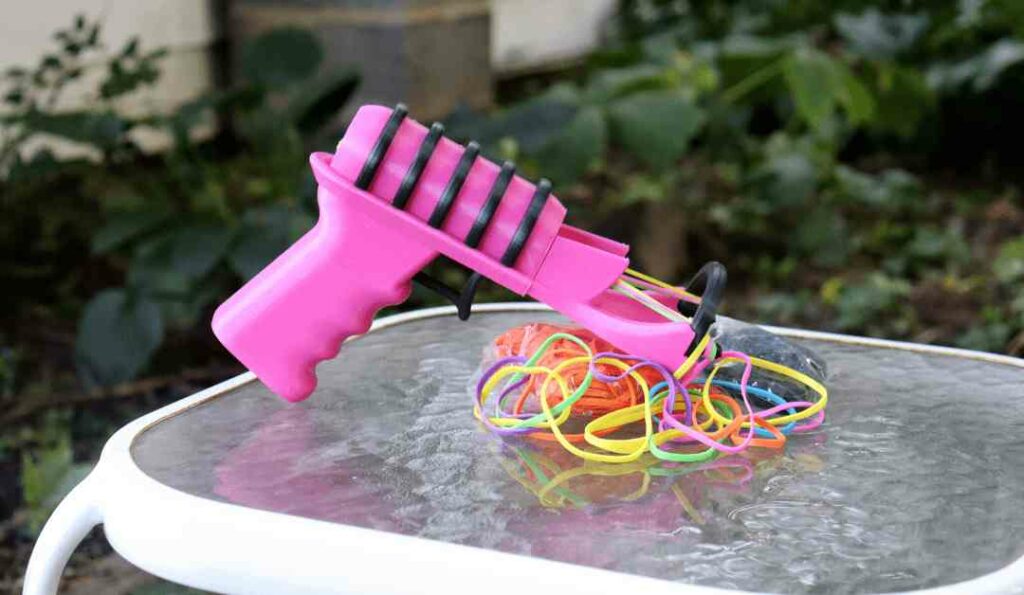 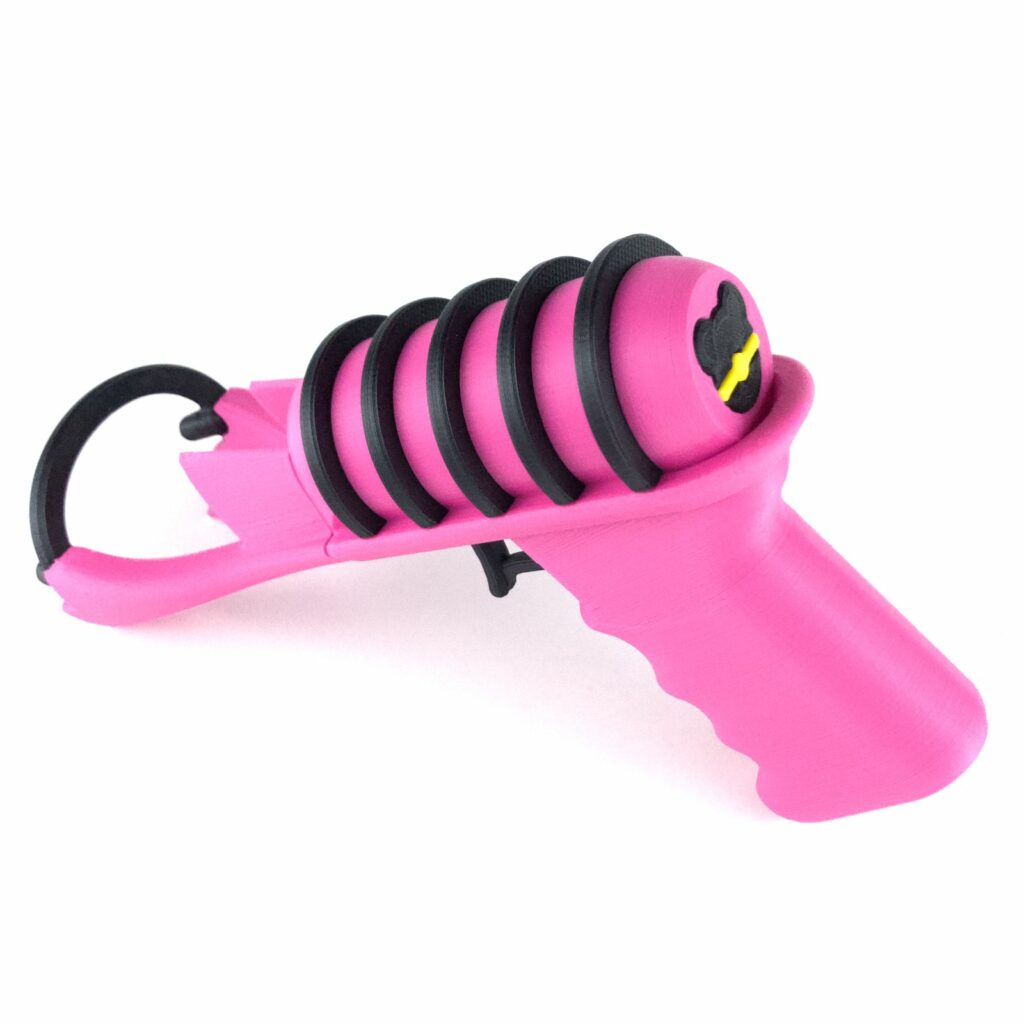 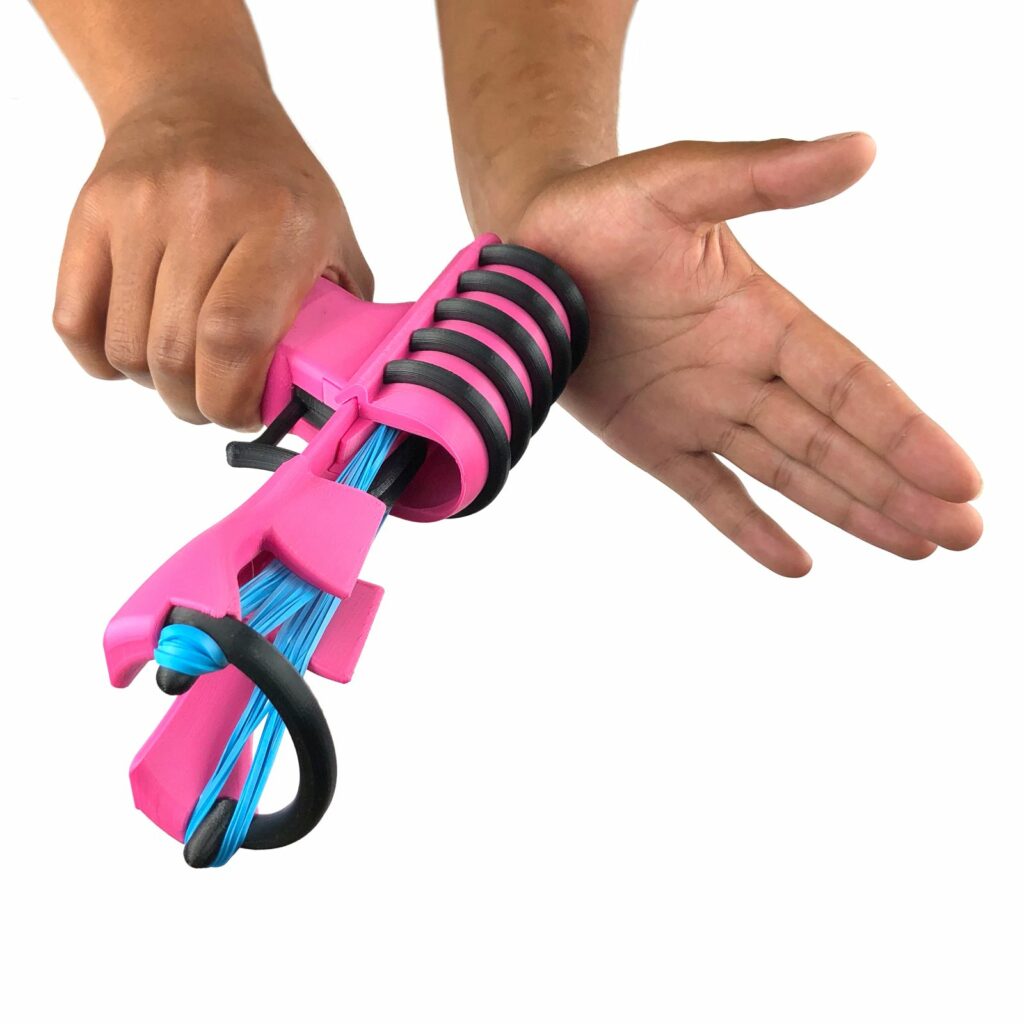