Where Are They Now: 3D-Printed Sex Toys, Part 2 — Etsy

In March 2020, 3DPrint.com mentioned Terrible Toyshop in an article about the state of 3D printed sex toys.

“I’d call it an improbable series of accidents,” Greg, of Terrible Toyshop, began. “It all started with me kicking off 2019 by taking a sewing/upholstery project to a fledgling kinky maker space. After a couple of months of hand stitching the neck/wrist padding for an elaborate set of stocks I had hand carved, I decided to test some new waters. I started with a dubiously safe introduction to welding and attending an automation workshop (Arduino/LEDs/MicroPython). [Then,] I had to give the 3D printer a try.”

Greg used the makerspace’s low-cost 3D printer to begin experimenting and, due to the fact that it was a kinky makerspace, he said he “would have felt embarrassed to use communal print time on anything but freaky sex toys.” To learn how to use Fusion 360, he pushed himself with various challenging geometries, including “an oval-shaped labia clamp with jagged bear-trap-inspired teeth, which later evolved into the Pussy Trap.” The design went “mini-viral” on the kinky social media site FetLife, which encouraged him to start selling. 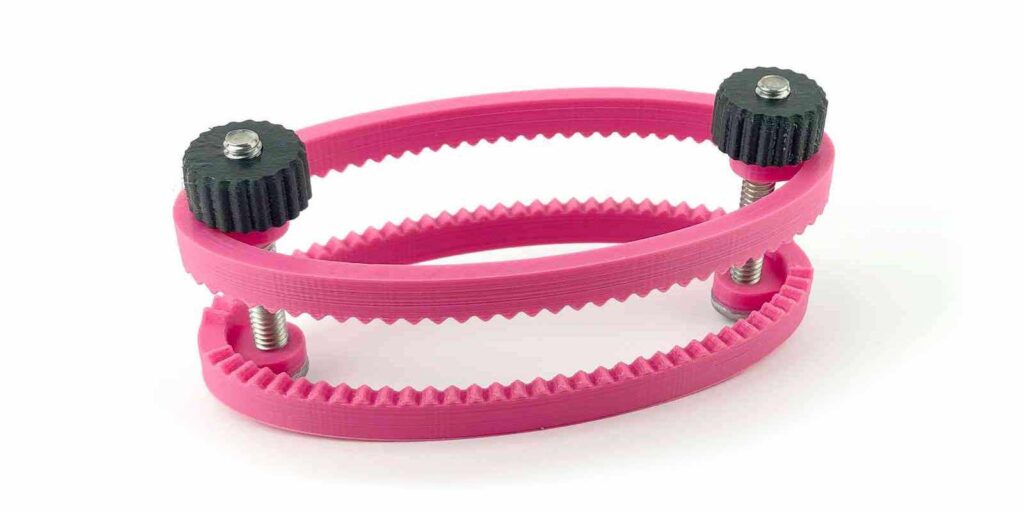