Off The Cuffs | The Stinger

In October 2021, Gwen (of Off The Cuffs Podcast fame) published a review of the Stinger.

When I’m browsing impact toys, it’s easy for me to bite off more than I can chew. I was delighted about The Stinger when I came across it, but as soon as I removed it from its packaging, my heart dropped to my stomach. I tested it out by hitting my bed as hard as I could, and the sound alone of the cable slicing through the air was enough to make me quiver in my boots. Thankfully, my partner is a sadist, and I remembered the reason why I got it in the first place—the joy he would get from using it on me was going to be drool-worthy. This was confirmed when the moment he saw it, he stated, “you’re not going to be able to sit right for weeks when I’m done using that on your thighs.” I still dreaded it, but in a horny way.

The sensation stays on the surface level of the skin, and it took a couple of seconds after the impact for the pain to set in. After those couple seconds, it immediately felt so intense that I was jerking uncontrollably, so I couldn’t take many hits in succession. I would describe it as an acute, searing, stinging pain. Angry, U-shaped welts showed up on my thighs within one minute, but after that minute, the sites of impact didn’t hurt anymore.

One plus when it comes to the Stinger is that it doesn’t take long to learn how to use it. My partner started by hitting me very gently, and even with just a little bit of force, you can really feel this toy’s bite. After just one hit my partner was shocked at the noise that came out of me. He hit me with it some more, asking me to let him know when the pain was about to become too much. When it got to that point, he told me he was still hardly swinging it.

After my partner experimented with how much I could take, he spent a few more minutes hitting me with it for fun. He continued hitting me on the backs of my thighs with only a few seconds break in between swings. It felt unbearable when he hit the same spot more than once, and by the time he was done, I was screaming at how sharply this toy bites. Despite my terror, to end our session with it, I asked him to hit me really hard with it one time, and once was definitely enough for me. It left a mark that’s lasted over a week, and I don’t want to imagine being walloped with it more than a few times in one scene. My partner explained that he’s played with similar toys that have a shorter cable, which allows you to hit harder with it. Since the cable on this one is relatively long, you might have to make your swings a bit gentler.

This toy is so much worse than I expected it to be, in a devilish way that only Terrible Toyshop could come up with. It instantly became the cruelest impact toy in me and my partner’s collection, and trust me, that’s saying a lot. After getting hit with it for around ten minutes, I was sweating, really excitable, and generally in a clear, focused subspace that I only really feel from stingy impact play. I’m not sure if my partner and I will use this toy frequently in the future, but that’s only because he wants to be able to hit me with full force, and I wasn’t able to handle much of that with this toy.

All of the heavy sadists and masochists out there undoubtedly need The Stinger in their collection. It isn’t showy and you might not think much of it at first glance, but I would be shocked if it doesn’t become one of the evilest toys you own. My favorite aspect is that even though I didn’t get hit very hard with it, it left pronounced and interesting-looking marks, which is great if you’re the type of person who likes a visual reminder of your scene. I also appreciate that you can pick it up and play without any preparation, and the cord can be easily cleaned with a paper towel and some rubbing alcohol. 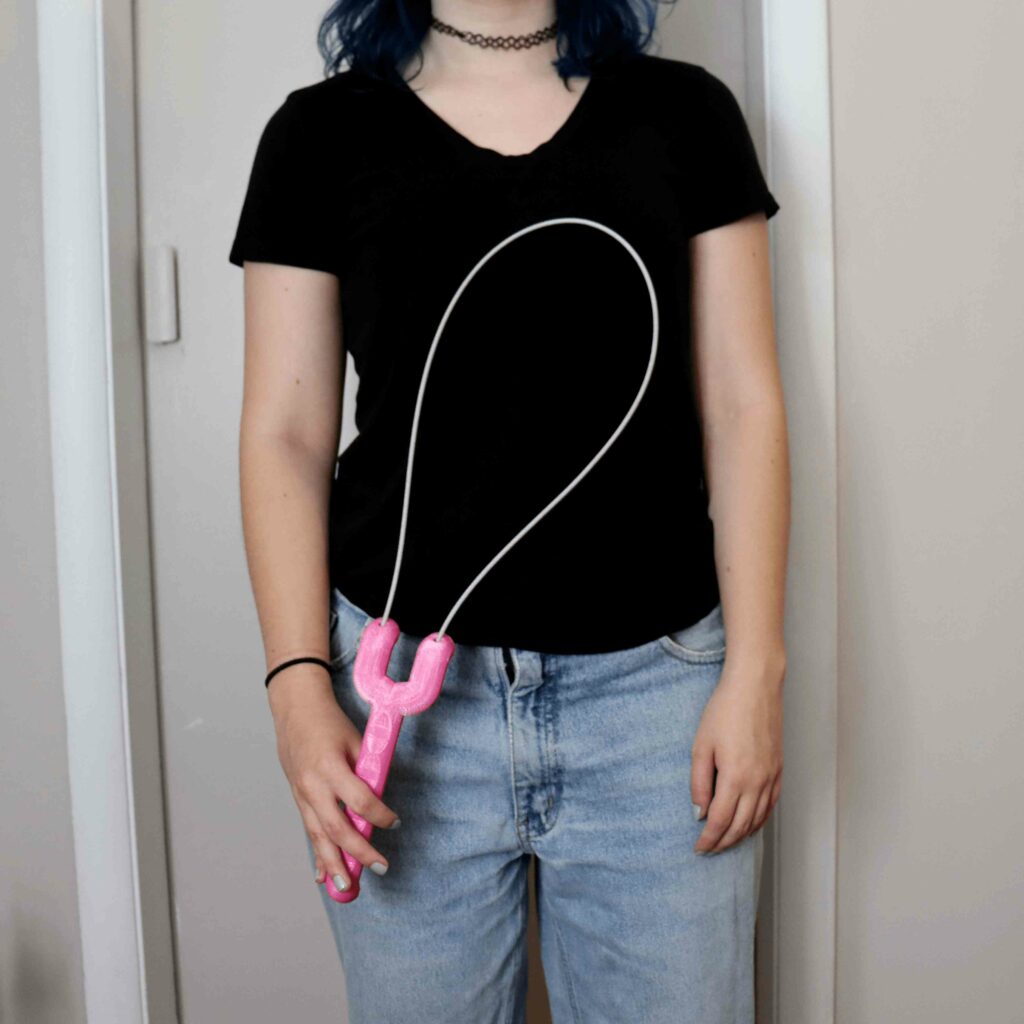 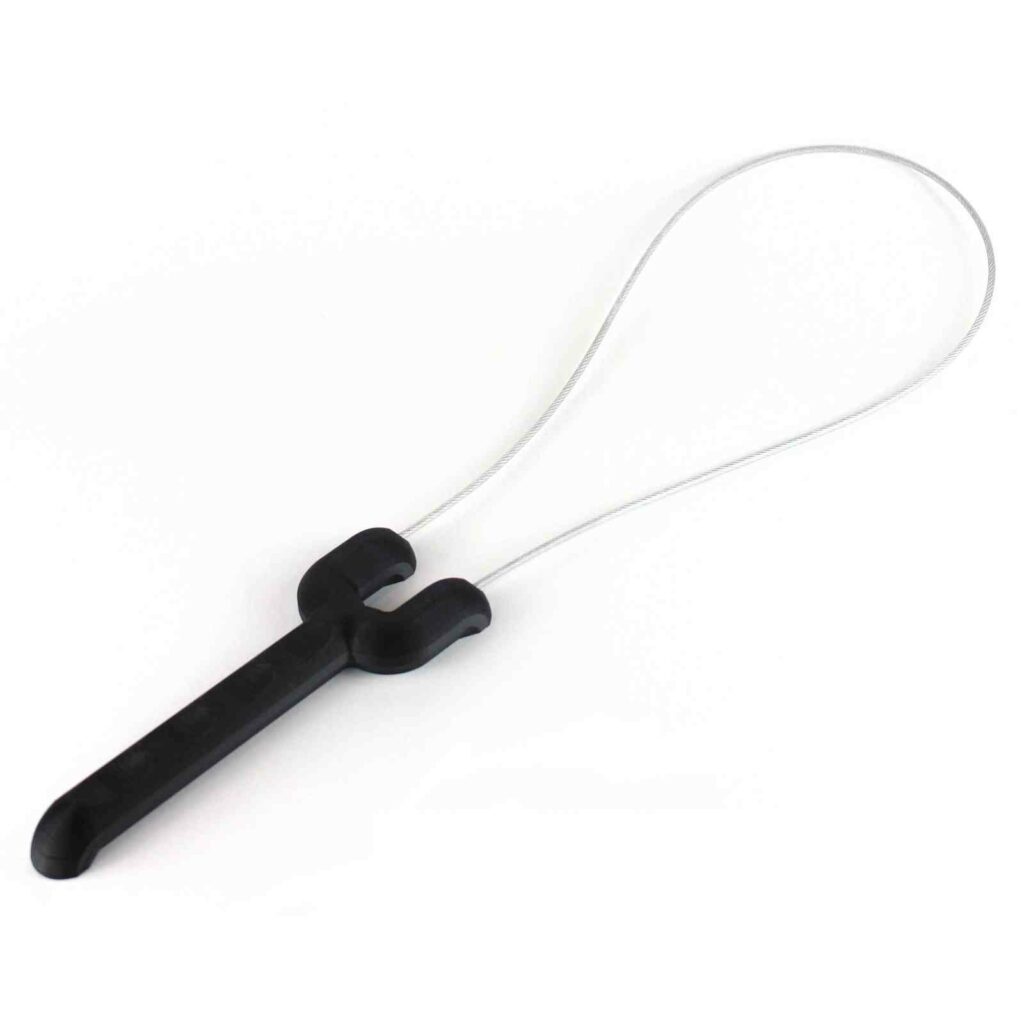 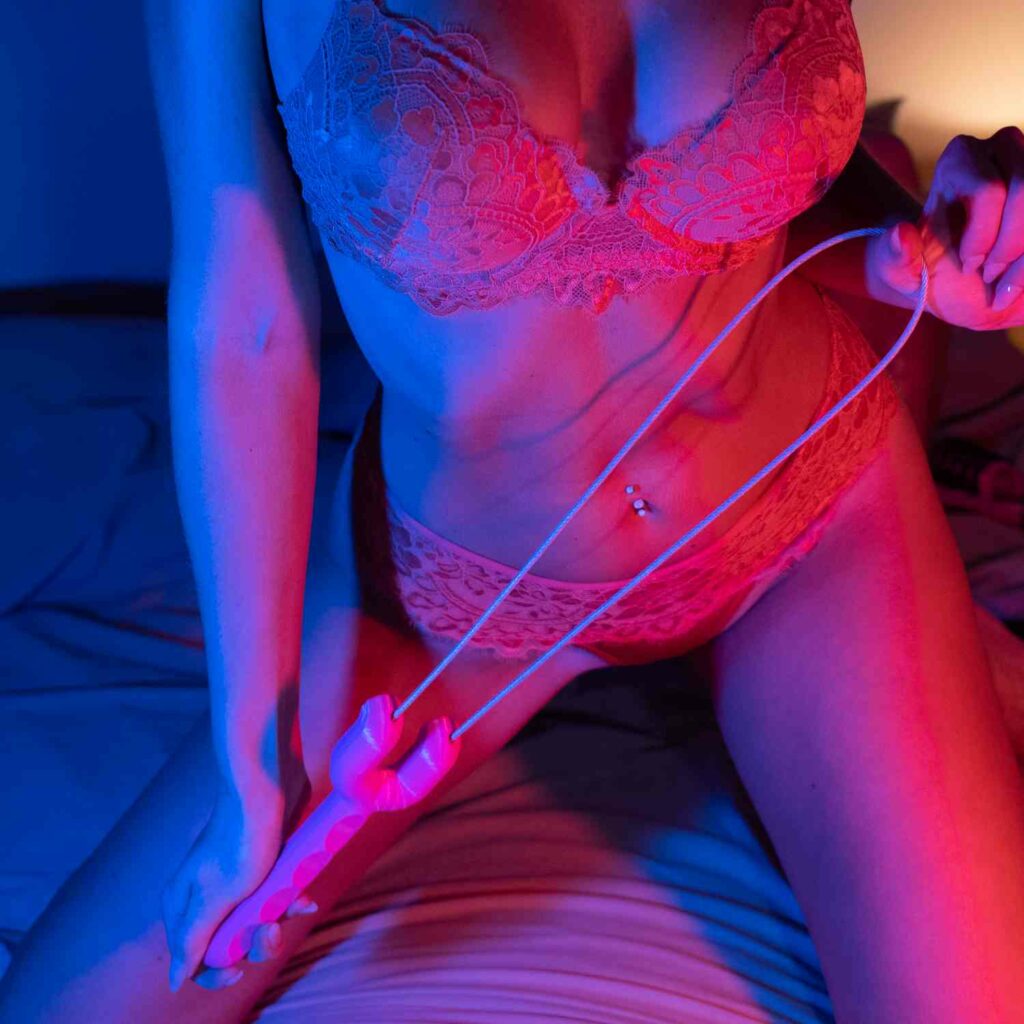